How CrossFit Saved My Life

For most of my adult life, I was a cop or soldier in some way, shape or form. I thrived on physical demands and the Spartan lifestyle that it demanded.

In 2012 at the age of 37 it was time to come home, get a real job and make up for the time that I had lost since my daughter was wrapping up high school and getting ready to start college.

I reached out to an old army buddy who was the boss of a military manufacture and he put me to work as a sales person. What I learned in sales is that it’s a demanding job, with a lot of travel and even more booze. I would often come home drunk because sales people are expected to drink. They drink at lunch, on the job, at trade shows, with clients and with the boss. Throw a bunch of restaurant food into the mix and you soon look like a more bloated and much less sexy version of the characters that you see on “Mad Men.”

Even as a drinker I still tried to stay active. You can do Crossfit drunk, I know because I did it, often. I figured that since I was able to force my younger body to do it in the Army I could do it in my forties. I was wrong. I was often injured and was dragging around a lot of unhealthy weight. It took me a long time to realize that I never closed a deal in a bar. I was expected to be in a bar, but no one ever said, “why are we expected to be boozing it up with a bunch of people that have nothing to do with what our real goal is?”

People buy in the morning; don’t ask me why, I just know that they do. So there’d I be fighting a hangover, trying to do math the next morning on a deal that never had booze involved. Funny how the drinkers never buy, they just drink and the buyers don’t drink, they just buy.

On Aug 12, 2015 I was at an outdoor trade show with lots of booze. I don’t remember much of the day. I spent the next two days in bed sick and haven’t had a drink since.

Shortly after that Crossfit 138 in Spanaway had an 8-week fitness challenge. I figured everyone else in the box was doing it, so I might as well do it also. I lost fat and gained muscle, who knew clean living and hard work paid off?

Shortly after that I decided that I wanted to do the Bataan Death March in New Mexico. I got some friends together to form a team and we got some back packs. Ryan, one of the guys on the team, mentioned that Marcus had just opened up a box near my work. He said that Marcus had a similar military back ground to the rest of us. Crossfit Inveniam’s grand opening was scheduled for the first day we were going to do a training ruck.

Since we were all veteran business men we thought it would be a nice show of support to a fellow veteran business to ruck over and support his grand opening. We walked a few miles with our packs on, did the WOD and a great morning. I mentioned to Marcus that I thought he would be a great trainer for our team. I asked Marcus to work out a deal for us and I would pay him. Marcus said, no worries just let him be on our Bataan team. Needless to say we couldn’t say no to that price!

Three days a week for four months we trained specifically for Bataan. It was an amazing journey. People of all walks of life came out to train, ruck, support us and honor the men that endured the original Bataan Death March some 70 years ago.

We finished the Bataan Death March in 9 hours and 45 minutes with 50lb packs. Not awesome, but not bad for a bunch of broken Army guys in their forties.

A week after we finished the march I was called into my bosses’ office and informed that it was a tough time for everybody that it was my last day. My feet had even healed yet, my company got to keep our Bataan trophy and I was escorted out like someone who might steal something.

During my exit interview it was indirectly mentioned that salesmen have to drink and they hoped I didn’t have relapse. As a former special operations guy and cop, I’ve been punched a lot, but nothing could have ever prepared me for that blow, it was low, cheap and it stung.

Not sure what to do with myself on a Monday afternoon with no job, I drove over to Crossfit Inveniam. I saw Marcus, Johnny and Sam and told them the news. Like most friends I’m sure they had no idea what to say when you hear a friend is in a bad spot, at least that’s the look I saw on their face.

I went home and crawled into bed figuring I’d just stay there for a few days until things made sense, but first it seemed like a good idea to sit in my truck for two hours with a pistol. Thank everything good and holy that my sense of reason was soon restored and I called a battle buddy.

Veterans, 22 a day is 22 too many. Call your battle buddies and shipmates. Make sure they’re doing okay, like I learned the other night, the live you save might be your own.

Early the next morning I got a text from Marcus. Something to the effect of, “it’s not like you got a job to be at, get in here and train and we can figure it out from there.”

I got in there and we trained. I worked on my resume and did the other stuff that you’re supposed to do when you’re looking for work. I developed a few leads and had a good day.

The next morning, I stopped in at my home box, Crossfit 138 and told Dawn that I had been laid off and needed to cancel my membership since I didn’t know when I could pay her again. Dawn told me not to worry about it, just get in and train and we’d figure it out later.

It’s funny to me how something so simple as exercise and loud music can bring out the best in people, draw them in and keep them close.

As I write this, I don’t have a job, I don’t know what I am going to do next or what the future holds. I do know that I have sobriety, my health and a lot of awesome people supporting me in this tough place. So yeah, it sounds stupid, but it is true, Crossfit saved my life. 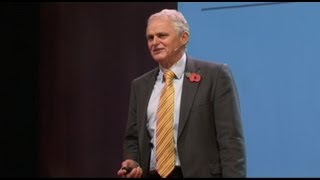